Google has officially announced that the latest version of its Panda update has started to roll out. The Panda algorithm, for those who don’t know, is a filter that Google has put in place to prevent sites with poor quality content from ranking highly in the search results. This latest update is seen as a continuation from the previous version 4.0, launched back in May and is the 27th Panda update so far since it first came about in 2011. Danny Sullivan at Search Engine Land has named it Panda Version 4.1.

The news surfaced at the end of last week, September 26th, when Google’s Pierre Far posted a status on his google+ account stating:

Earlier this week, we started a slow rollout of an improved Panda algorithm, and we expect to have everything done sometime next week.

Based on user (and webmaster!) feedback, we’ve been able to discover a few more signals to help Panda identify low-quality content more precisely. This results in a greater diversity of high-quality small- and medium-sized sites ranking higher, which is nice.

Depending on the locale, around 3-5% of queries are affected.

What This Could Mean for Your Business…

This latest update means that any site owners who were penalised last time around have the chance to redeem themselves, providing they have made good choices in regards to the content on their websites. If positive changes were made and the algorithm can see that they have made an effort, then there is a great chance that an increase in traffic could be coming their way.

On the other side of the scale, relatively new sites or sites that managed to escape the previous update but have been publishing poor, low quality content on their site, could get caught out this time around and subsequently see a drop in traffic from Google in the next week or so.

The post by Pierre Far was greeted with a mixed response, over 100 comments, with a high number of them happy with the news about the update looking to help small and medium sized businesses.

Webmasters should be able to tell by the end of this week whether or not their sites have been affected by the latest update. 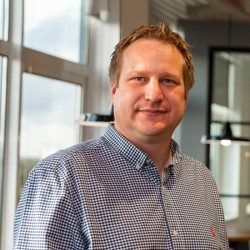