Negative SEO – Has it Become Easier to Harm Competitors in Search Results?

Negative SEO is a nasty tactic used by some to try and damage a competitor’s rankings and visibility in the search results pages. Although this has always been a worry within the SEO industry, with recent updates to Google’s algorithms and greater competition for top rankings this seems to be a subject that won’t budge, and is in fact causing increased concern.

In a poll run by Search Engine Roundtable, around 3 quarters of SEOs who answered said that negative SEO has become easier to do. Speculation is rife throughout webmaster forums, suggesting that negative SEO has become a lot easier due to Google’s updates regarding the quality of a site’s back links. The theory being that by creating thousands of bad links to a competitor’s site from low quality sources and directories, Google will pick up on these and penalise the site in the rankings.

These kinds of links can be generated automatically, requiring little time or effort from someone trying to damage a site. Another option is the manual creation of these harmful links, meaning they’ll appear slowly and sporadically to sneak up on the site.

Google have been much criticised for its system in dealing with bad links and the penalising of sites due to these. With an overwhelming consensus amongst webmasters that instead of penalising a site for having spammy links, they should simply ignore these links completely in determining search rankings, reducing the ease of negative SEO.

Back in 2012 Google changed the wording in one of their articles discussing the topic from:
“There’s almost nothing a competitor can do to harm your ranking or have your site removed from our index.”

To: “Google works hard to prevent other webmasters from being able to harm your ranking or have your site removed from our index.”

This adjustment was not exactly reassuring and only added to the worry, suggesting to webmasters that negative SEO is a possibility.

Although Google claim negative SEO is rarely carried out, amongst the SEO community it would appear that this is a tactic that is very much achievable, with Google’s penalties only acting as a line of attack for those undertaking negative SEO. 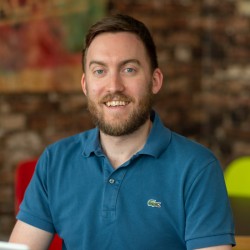