The concept of social media influencers is a new and potentially prosperous one, as garnering followers brings with it brand attention. When an internet star has a wide reach on an online platform like Instagram, companies will reach out to them and ask them to promote their products (often enticing them with monetary compensation). Plenty of online celebrities make a living from the work they do to promote brands.

Jake Paul is a prime example of a wealthy social media influencer, having gained millions of views on the video sharing platform Vine before its demise in 2017. He has used the fame he achieved to transform his social media presence into a business. 1

With 18 million YouTube followers and brand deals with companies like Coca-Cola, Paul has built an entertainment conglomerate with one of its parts being the group he created called Team 10. Team 10 is Paul’s venture whereby he takes aspiring social media stars under his wing and shows them how to succeed in the social media sphere.

Paul is a controversial figure despite his popularity among young children and teenagers; he has been accused of exploiting his young followers by persuading them to buy merchandise and invest in expensive products, as well as being seen by many as a bad influence due to his explicit videos and stunts online. Nonetheless, at just 22, Paul has built himself a successful career as an influencer with a great deal of money to invest in other avenues he may pursue. Whether it is a long-term career for him or anyone for that matter, is yet to be seen.

Although popularity may fade for individuals, social media and its digital marketing power are very unlikely to be going anywhere soon; businesses will inevitably continue to capitalise on their relationships and sponsorships with influencers.

The unique advantage of influencer marketing that differs from TV adverts is that the person promoting a product to you is most likely someone you already like or enjoy the content of and you are less likely to be bombarded with commercial scripted ads and cheesy jingles. This means that the investment you have in the influencer’s character and the respect you may have for their opinions could make you more likely to associate positive emotions with the product they are endorsing.

For instance, for Kim Kardashian fans who follow her on Instagram, they may be more likely to purchase the ‘skinny teas’ and teeth whitening products she advocates because they admire her for her appearance. This shows the more sinister side of product marketing by celebrities as it can be exploitative of impressionable young people, making a profit from their insecurities.

Not all cases of influencer sponsorships are as shallow or potentially harmful though, as the target audience and what is being promoted are key factors that determine this. For many influencers, they have a code of ethics meaning that they will only work with companies that they truly believe in, trust, and see as appropriate for their audience. Also, in many countries, there is legislation in place to stop unethical influencer marketing practices.

In the UK, the Advertising Standards Authority (ASA) has guidelines for non-broadcast advertising, which are covered in its CAP Code. Although the ASA cannot enforce the law, its code is based on existing legislation in many instances. The CAP Code lists several rules, including one regarding children that instructs influencers to avoid unsafe practices and unwarranted pressure when marketing to children. Another rule states that declarations made for advertising purposes should not be misleading and should not consist of inaccurate data. According to the CAP Code document, “The vast majority of advertisers, promoters and direct marketers comply with the Code. Those that do not may be subject to sanctions”2.

The visibility that companies gain from working with influencers is often an instrumental aspect of their marketing campaigns, but they generally have to invest a large sum in these influencers (approximately $1000 for every 100,000 followers)3, so it is important that they reflect the company well in return. That’s why it makes sense, for instance, that a popular fitness Instagram guru promotes fitness equipment, as it comes off as genuine and relevant.

The Choices of the Follower

Just because someone you look up to and follow is posting paid promotions, this does not mean that the product or service is right for you. But if you follow someone with similar interests, such as a love for working out, you may find your ideal gym kit through them. It is a matter of trusting and seeing evidence of the legitimacy of both product and influencer. 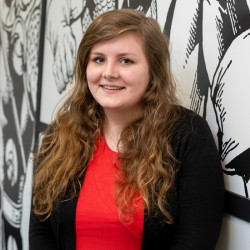