Surfing Fever takes over Seaside in the Square!

In the quest to influence colleagues, gain market share and win business, Blue Frontier is always looking to sprinkle a little blue-sky thinking into any occasion or event. So when Go! Southampton announced their annual Seaside in the Square event, our resident marketing development executive, Matt Kerley, jumped at the chance to bring a slice of beach adventure to the proceedings. This is about activity, having families and children let their hair down during the holiday and for businesses to get together and join in the fun! In the equation of fun, sun, sand and sea, only one word was missing: 'surf'. 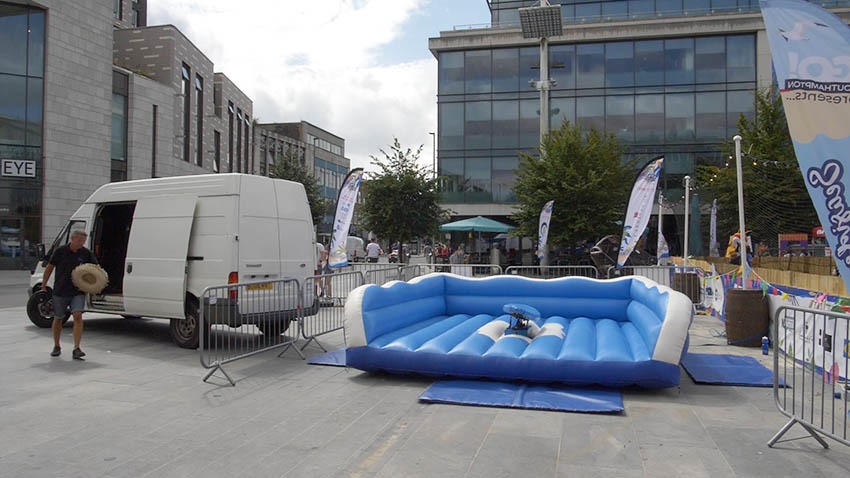 Blue Frontier hired a surfboard for people to practice their surfing skills, but not any old surfboard. In the mould of those simulation rodeo type saddles, this was a mechanical surfboard with an air-cushioned surround. A control board alternated the movement of the board between calm and choppy waters while switching direction with a little help from its operator, Matt from Jest Events. As an added incentive, Blue Frontier had an Amazon Echo for the dude or dudette who stayed on the longest. First up were the girls from the YMCA, who were also here supporting the event. We salute the lady in this video who attempted to stay on while actually doing the YMCA 'dance'. 'It was a stay at the YM....' and the rest was left to our imagination. 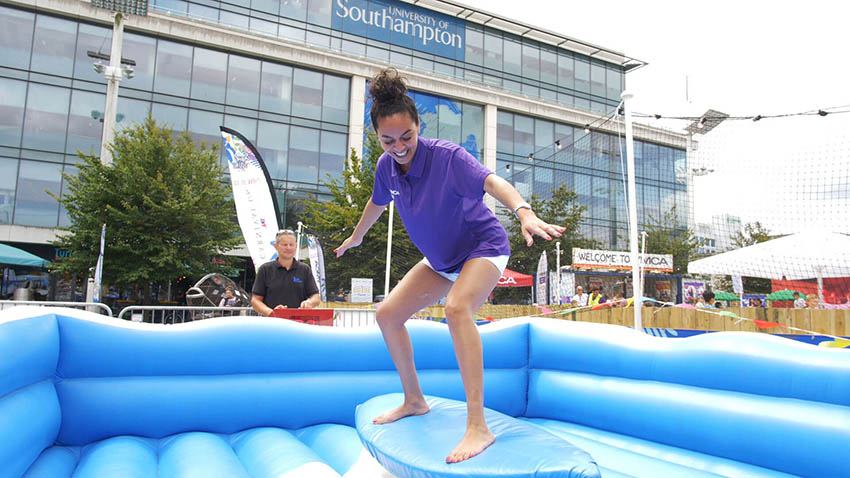 Various team members, including Joe and Matt (with matching blue and white socks), were followed by a steady stream of 5-18 year olds during the day who gave it their all, and as home time approached, the crowd gave way to a mixture of office and business users. 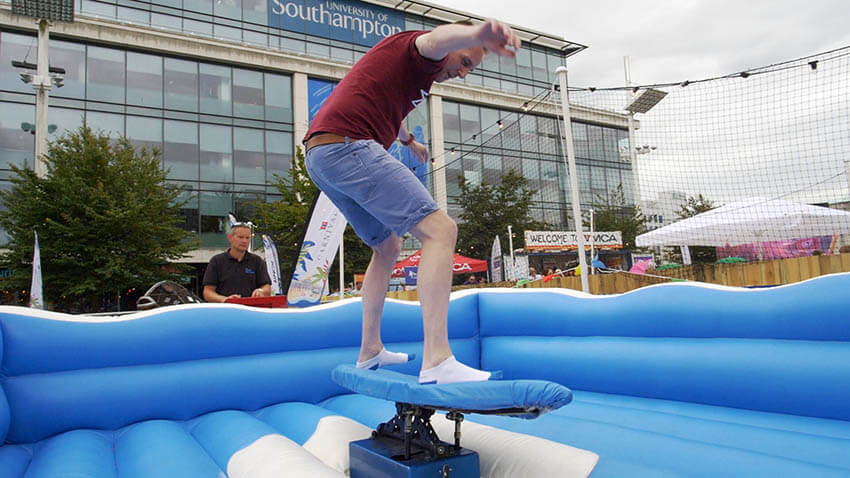 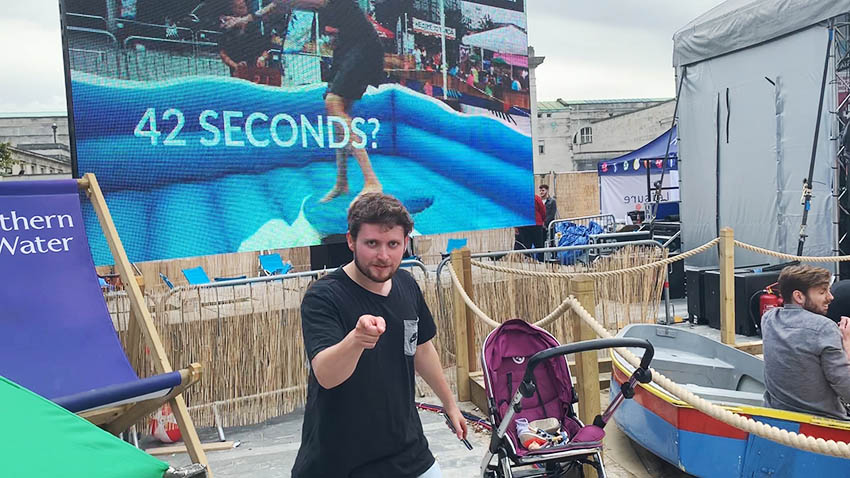 We took over the big screen for the few hours leading up to 8 pm and we did eventually get ourselves a winner. A winner who not only defied the laws of gravity, with the most flexible footwork we have ever seen but also managed to outlast the timer, which to Matt's knowledge has hardly ever happened. We will shortly announce his or her name and ask them to pick up the prize. So, if that's you, watch this space for an announcement! Thanks to the team at Jest Events for their help with the hire of the surfboard and to everyone - young and old who tried it out...

Here's the video from the day: