It was exciting to bring this bright, colourful and playful brand to life. 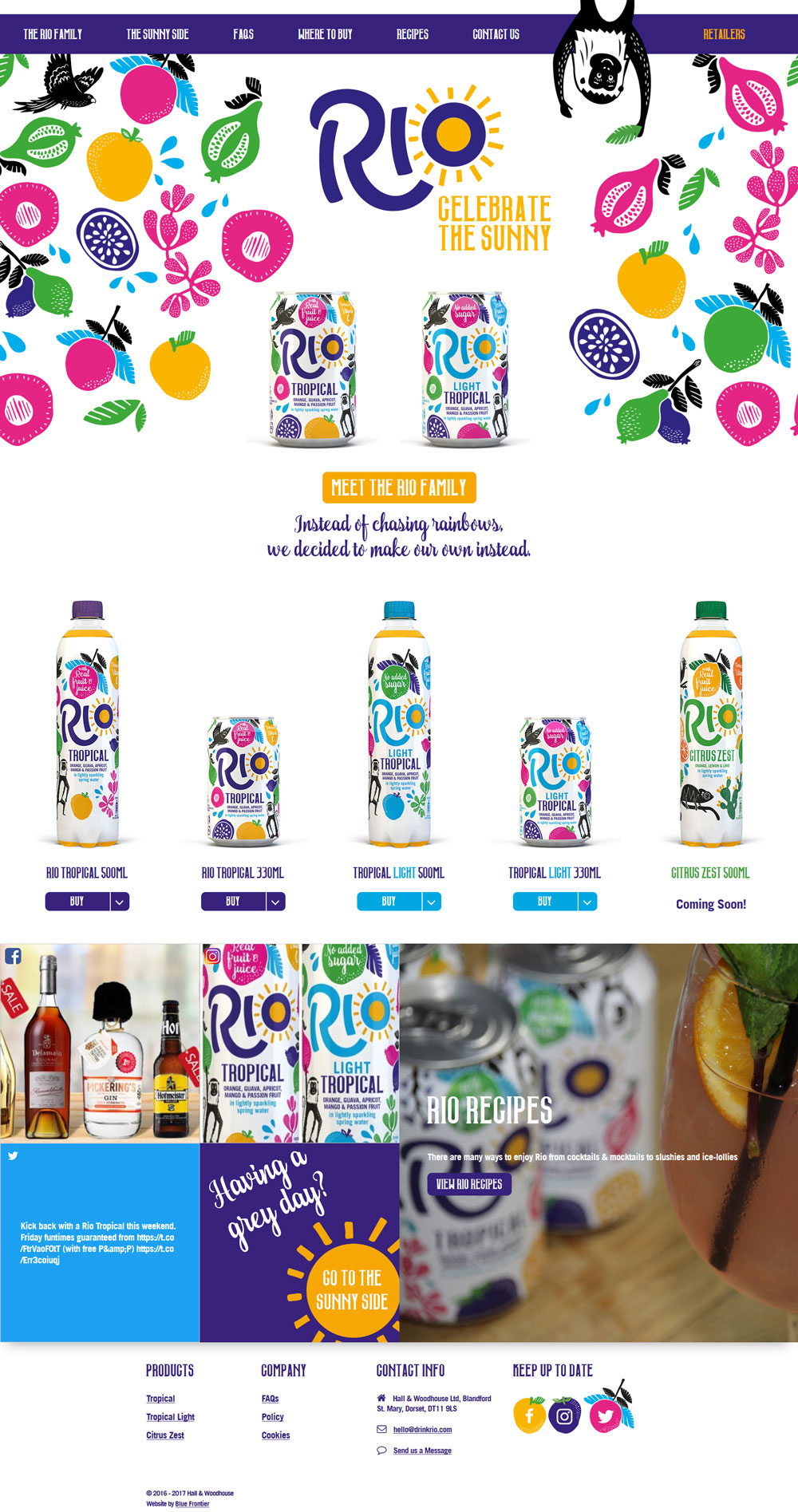 Rio’s been around since the mid-80s and was due to have a complete rebrand to run alongside the launch of two new variants of their product. Rio didn’t have a web presence before coming to Blue Frontier and after updating its visual identity and social media a new website was vital.

While the rebrand was being completed, and before the main website project could begin, we completed a small mini project to create a holding page for their chosen domain (www.drinkrio.com). The holding page was based on their existing, and still recognised, brand. This acted as a sign post for the new website and intended to capture data on any visitors interested in keeping up-to-date with Rio’s exciting news.

A few months later, the main project began. Blue Frontier came up with some ideas for the website’s layout based on an initial website structure and content document provided by the client. We worked closely with Rio’s creative design and branding agency and followed their guidelines to ensure that Rio’s new branding was consistent on the website layout. 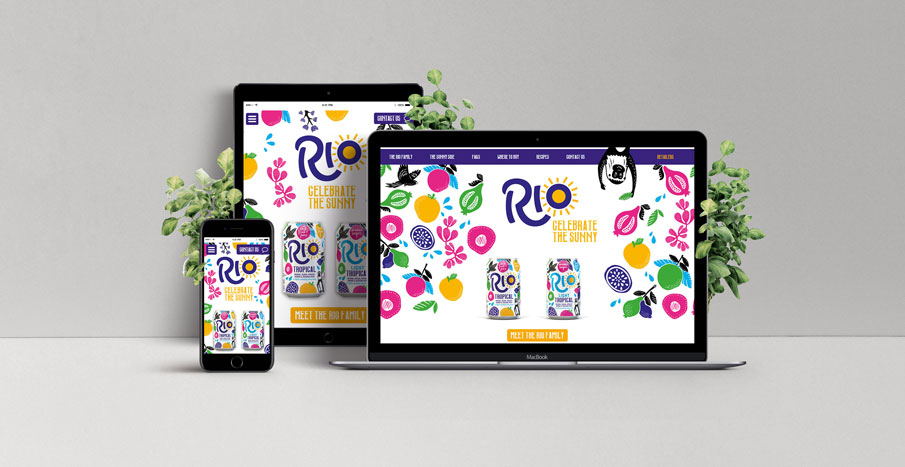 Rio’s new look is inspired by the vibrant street art of Brazil – designed to encapsulate the down-to-earth, uplifting vibe of its younger target demographic. It was important that the website complemented this message. To achieve this, our designers used a combination of a (mostly) fullwidth modern looking layout, and eye-catching movement that is paired with the fun animation of the brands key character (Rocco the Monkey).

The website is not intended to sell Rio’s products. Instead its goal is to provide information about the new products and Rio itself. It is essential that the content-light site remains fresh and current and so, along with Joomla Open Source CMS, we also built custom components to bring Rio’s buzzing social media presence into the site.