It was great to deliver a video that captured not only the business but also the people.

uCheck wanted to tell more people about their service offering, which led them to approach Blue Frontier for help with making a company video.

uCheck is one of the largest employee screening services in the UK. Employers use uCheck to make recruitment decisions based on a fast accurate background check on future employees. On average, uCheck complete 400,000 DBS checks every year, which adds up to a new check every 15 seconds.

Blue Frontier is currently designing a new web page with hosting, custom registration and payment features for uCheck. When George Griffiths, the MD at uCheck saw a video that Blue Frontier created, he felt this was close in tone and voice to a video that would suit his own business. uCheck’s remit was a 2 minute video which introduced the company, its core values and approachable ‘open for business’ nature. In order to ensure that all the essential base points were covered, it was decided that it would be better scripted and fronted by George.

To further assist in planning and preparation, uCheck sent images of the office to Blue Frontier and several points were made clear from the start. To ensure that clients' data remained private and confidential, all screens would need to be blurred if any part could be read, which Blue Frontier respected as a fundamental point.

Our shoot was scheduled for one day in mid-November and took place entirely at the HQ in Exeter. Blue Frontier provided a lighting kit, motorised track, a gimbal, 2x 4k ready cameras (one as back up), 3 prime lenses and a professional sound kit.

As well as recording George, we needed to get as many shots as possible for cutaways. As an inclusive company that values its workforce, uCheck wanted to get as many of the staff into the video as possible. Despite the pressure of work, staff gave their time freely and all enjoyed the filming experience.

George’s piece was shot with a boardroom backdrop and a subtle piece of uCheck decal. It was also decided that George would speak to just off camera to avoid an ‘instructional’ type approach. The other factor we experienced was changeable weather with dark skies and rain making way for bright sun, which quickly gave way to hale. This had the effect of delaying some of the cutaway shots, while George was lit exclusively with lights. We succeeded in capturing footage of a bright airy space despite it being mid-November. 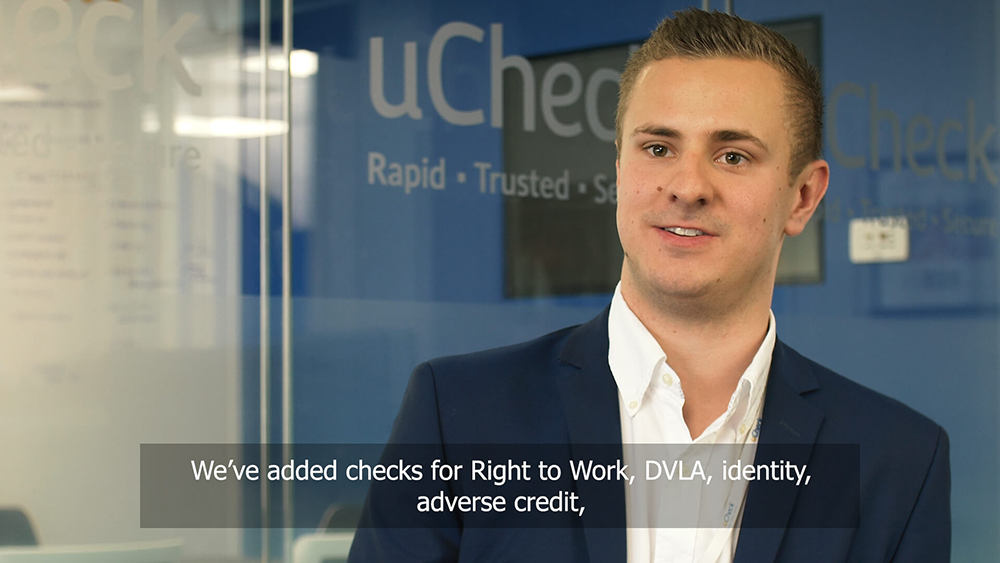 As the edit evolved, Blue Frontier suggested that it would be beneficial to subtitle the video for the benefit of viewers with hearing difficulties or no audio. uCheck endorsed this, as well as creating additional points in the programme where the large text was employed to emphasise George’s words. In some instances where staff screens could be half read, we applied a moving matt with a blur effect to ensure nothing could be seen.

The final video has just been signed off by uCheck and we expect to see a YouTube video which will also be embedded into their new website soon. 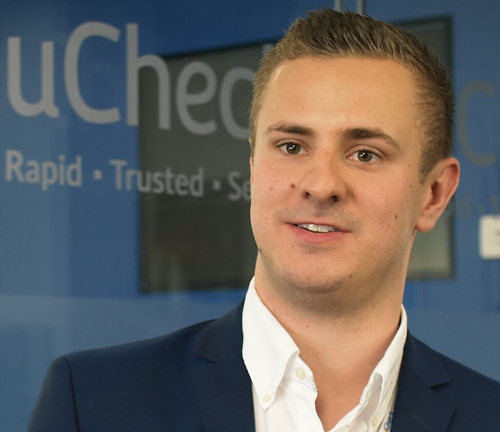 “Blue Frontier made filming an enjoyable experience from beginning to end. We wanted the video to be as much about our people as it is our business and I think this shows in the final edit. We’re delighted with the final video as well as the level of service we have received, including the communication leading up to and after delivery. Blue Frontier suggested using subtitles for environments where people won’t have audio and this was welcomed. Should we require further video assets in the future, we would not hesitate to use Blue Frontier’s video production services again.” 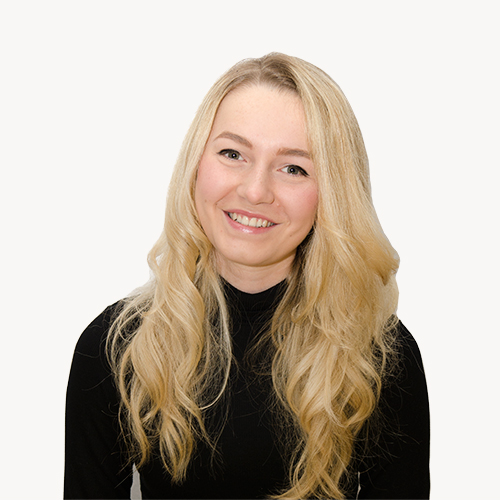 “It was a pleasure to work with George and the rest of the team at uCheck. We were able to capture a variety of shots that demonstrated both the range of what uCheck do as well as the people working there. We had plenty of footage to use in the edit so we could handpick the best shots for the final cut. As well as the important master programme for their customers, we also provided a blooper reel as a little extra for uCheck’s Christmas party.” 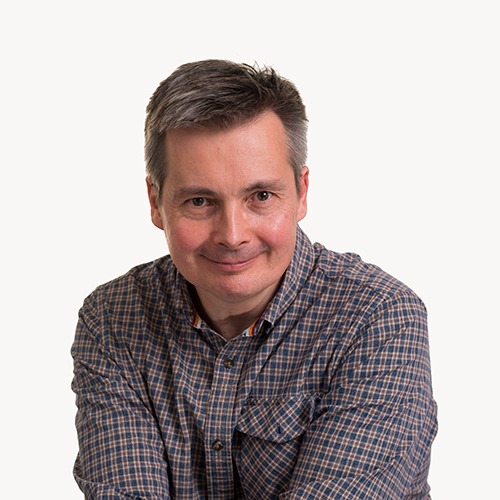 “It’s refreshing to go into a company where everyone is working together collaboratively and having a good time. The help, patience and support that George and all the uCheck staff gave was instrumental to the success of the filming.”

While we were putting together the main programme, we also simultaneously put aside a blooper reel of outtakes that will only be seen by the staff at uCheck and probably at their Christmas party.

Find out more about our video production services