In a recent Google Webmaster Hangout video, John Mueller has mentioned that there is unlikely to be another update to the Toolbar PageRank.

In the past this was a feature that Google updated every three or four months. However, more recently there has not been an update since December last year, which only occurred according to Matt Cutts because it was easier just to update this PR data whilst fixing another service than to keep the old data.

So it was starting to look like the Toolbar PageRank was going to remain un-refreshed for a long time, with this news it may well have just confirmed its death. This may disappoint some SEOs, who have monitored PageRank and were hoping for further updates, even if they were infrequent. This is just another change that we’ll have to accept and adapt our methods as we move forward. 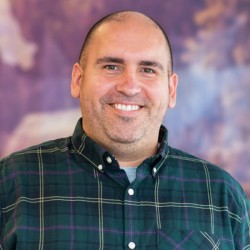 Dave has been with us since 2012 and brings years of experience as a talented graphic designer as well as an innate understanding of usability and web layout. Having a strong understanding of what clients wish to achieve in both marketing performance and usability for websites, Dave is great at both communication and application alike.