Blue Frontier had great success at the 2021 Techies Awards!

On the evening of Thursday 4th November a few Blue Frontier representatives attended the online finals event for the 2021 Techies Awards for Swindon and Wiltshire. As finalists in three award categories, we were excited to see what successes the night would bring, as we joined other Wiltshire-based technology companies to celebrate local businesses and innovation. 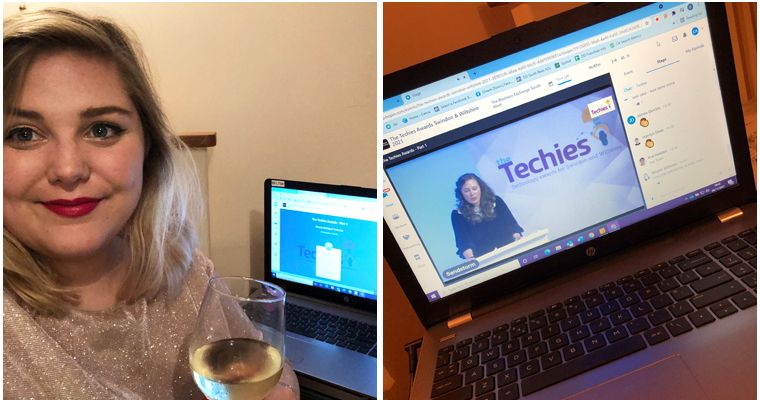 Due to COVID-19, The Techies this year were held online rather than in person. The event kicked off with half an hour of networking and video-chat reception rooms where we could all meet and greet other local tech company employees, before we were all invited to the 'stage' area for the live awards broadcast.

With the 2 hour live broadcast underway, we were all treated to plenty of jokes, fun videos, an interval DJ set from Asian Hawk, and - of course - the award winner announcements!

Our very own Future Tech Superstar!

We are extremely proud to announce that our very own James Worville brought back the award for Future Tech Superstar!

This award celebrates the potential and achievements of individuals working in the tech industry who are under the age of 25. As one of the most competitive award categories at the Techies, James was up against some impressive competition, and he was one of two individuals to win the award.

We are extremely proud of James and everything he has achieved both at Blue Frontier and in his prior work. With an impressive level of experience working on UNIX systems, Linux, general system administration, VMWare, and AWS, James is an advocate for self-learning and skill development - two key aspects of Blue Frontier's core principles.

Here's what James had to say about his award:

"I was honoured to have been nominated for the award by the business. I wasn't expecting to win, so my acceptance speech wasn't the best - but I was thrilled to have won! Although I didn't say it in my speech, I wanted to say a big thank you to Blue Frontier and the fantastic colleagues I have here. They've given me the opportunities and I've been fortunate to work on an array of diverse and exciting projects which have given me a platform to demonstrate my abilities.

It's great to be recognised for working in technology without having a degree and I think it goes to show you that it is possible to succeed in the tech without higher education. I'm a big advocate for apprenticeships and have a lot to thank for the opportunities I gained as an apprentice. No matter what path you get into technology, it's incredibly rewarding and especially at Blue Frontier - there are always new problems to solve." 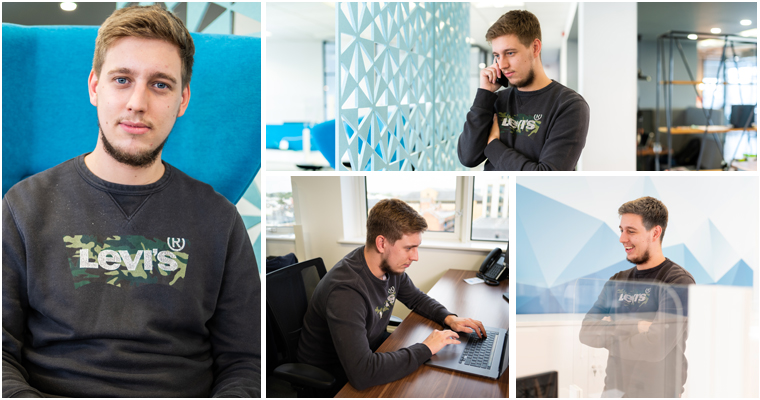 Feeling inspired to develop your own career in Tech, Digital Marketing, or Web Design? Check out our career page to see the roles we are currently hiring for! 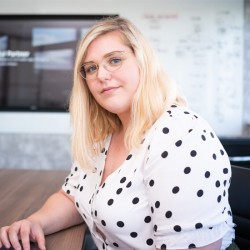 Charlotte is passionate about all things media. She is a Film graduate with experience in the photography industry, and she is currently working towards a Master’s Degree in Digital Marketing. Highly creative but also analytical, Charlotte loves to create original and ‘out-of-the-box' marketing campaigns that make use of innovative content marketing technologies and trends to drive KPIs. She also enjoys working on content writing and SEO and is looking to develop her skills in these areas.